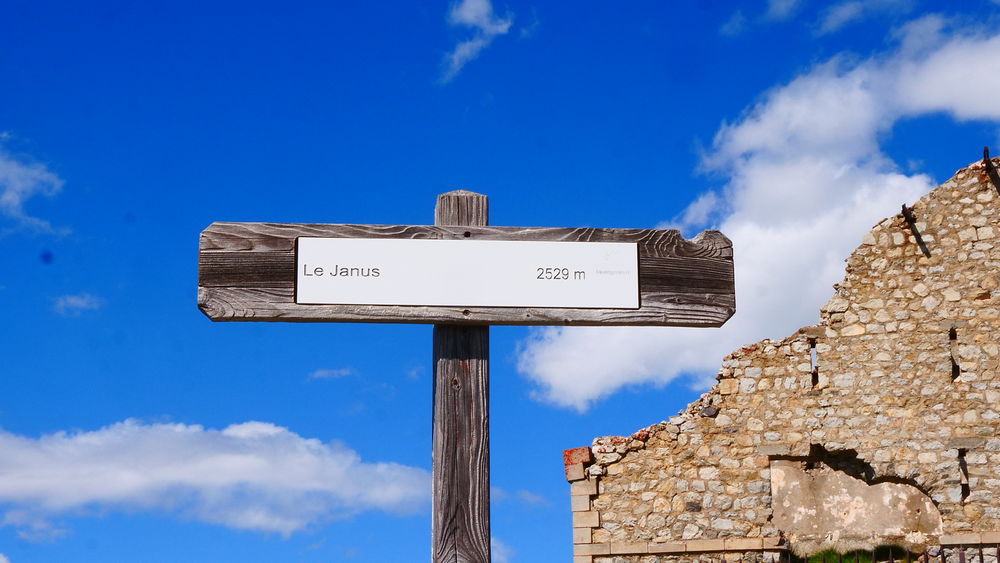 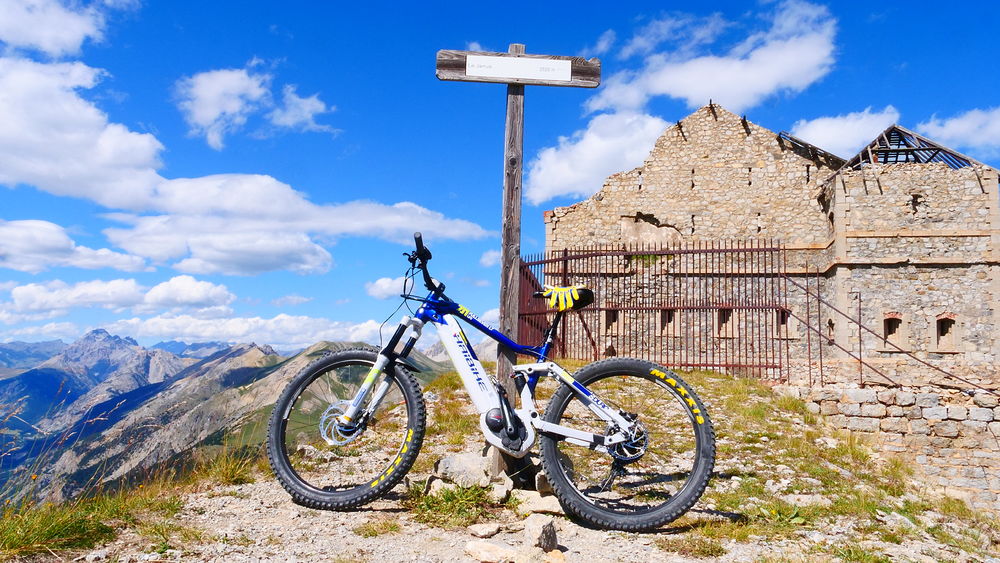 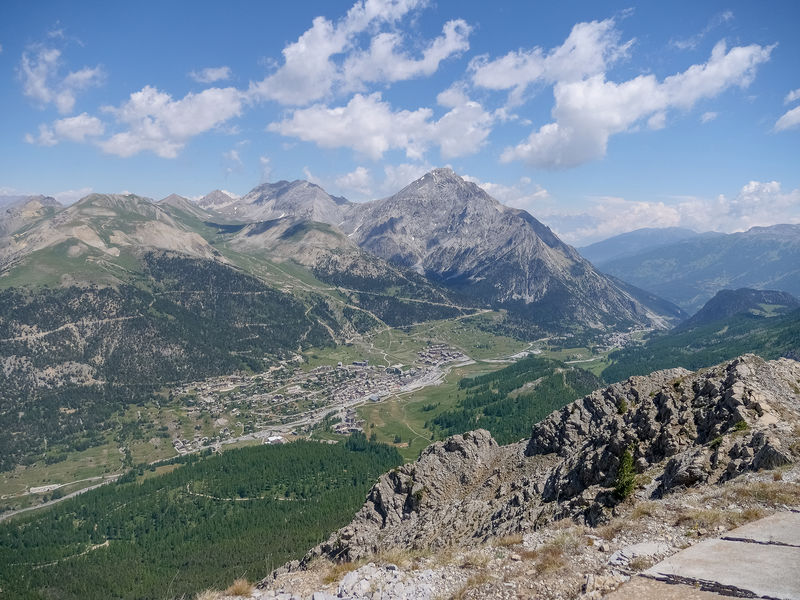 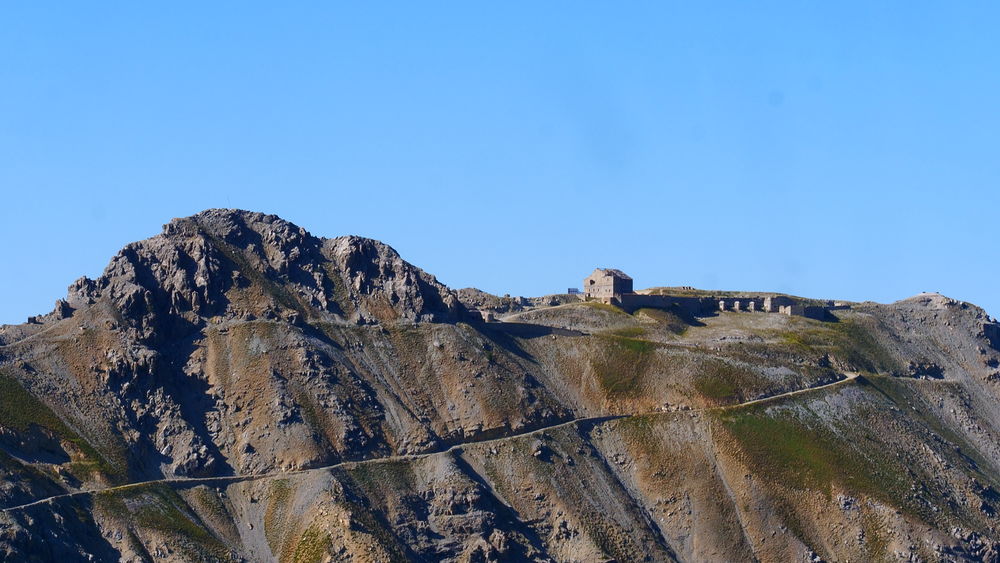 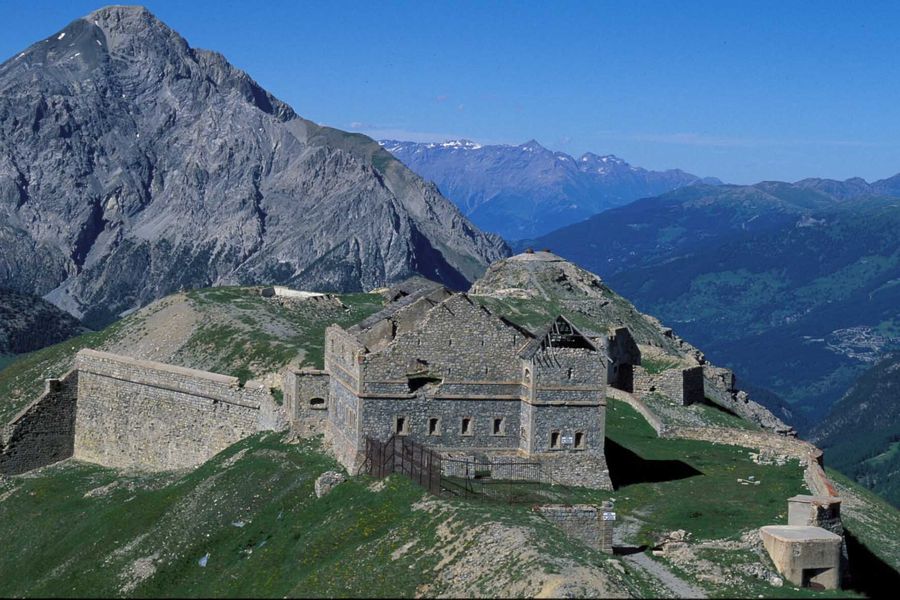 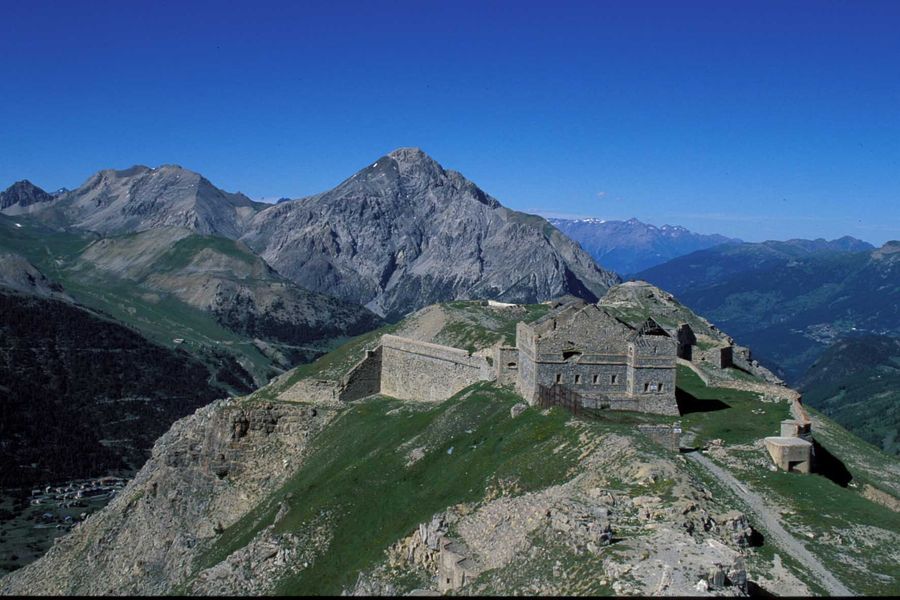 It was built between 1886 and 1903, on the summit of the same name at 2529 m. An underground structure 900 metres long, which extends the Maginot line, was added between 1931 and 1937. It has the Label Patrimoine du XXème siècle en région PACA.

The Janus Fort is built to the north east of the Briançon square, above the Gondran position. This modern, fully proofed fort is the highest in the square and the most advanced on the Italian border and consists of two parts, an infantry blockhouse built in 1887 and an underground part built from 1898. A frontal action casemate was built to flank the Gondran defence line. It was armed with four 95 mm guns on a coastal mount. It is the only casemate of this type built in France.

France’s borders and coasts were fortified in successive stages, according to real or supposed threats, alliances or territorial annexations. On the border with Italy, at an altitude of 2540 m, the Château Jouan ridge hides the second highest Maginot work in the Alps, after the Col de Restefond complex.

Very early on, the strategic importance of the position was understood, and a watchtower was built there at the end of the 18th century.
But it was a century later, in 1883, that, as the performance of the artillery had greatly improved, an open-air Séré de Rivière battery was installed there, after the construction of a gun road from the Gondran ridge.
Between 1886 and 1889, a square blockhouse with two bastions was built on the ridge and, in 1889, work began on digging a battery under the rock facing the border, with four 95 m/m rib guns.
In 1891-1892, the blockhouse was raised by two habitable levels, thus creating a three-storey peace barracks, with a basement cistern, for 120 men.
From 1898 to 1906, the underground war barracks were built, with direct access through a low doorway to the south, and by a staircase from above. The whole of the superstructure is surrounded by a continuous infantry gate, with a portal serving as the main entrance.

A preliminary project was drawn up in 1926 for the construction of a high-powered Maginot fort on this ridge.
In 1931, the CORF (Commission d’organisation des régions fortifiées) began work on the construction of the fort. In 1934, the galleries of the war barracks that were not used or were too close to the Maginot barracks were filled in. The entrances were condemned, as were the living spaces. Only the battery under the casemate with 4 outdated 95m/m guns was kept, which was redesigned and reinforced, and the ammunition bunkers. A gallery was dug to link the Maginot structure to the Séré de Rivière part, a duality that is the great originality of the Janus.
The work was stopped in July 1935, due to an unfinished rapprochement between France and Italy (the Stresa agreements), only to resume in 1938-1939, as Italy decided to turn to Germany.
As it stood at the declaration of war, the Janus was a far cry from the original draft, which had provided for an impressive armament.
Due to budgetary restrictions, the structure only had two 81 m/m mortars and two 75 m/m guns for its main artillery, firing parallel to the border or in friendly territory, plus four twin Reibel machine guns and a few machine guns. The structure is however equipped with the specific overpressure and ventilation system of the Maginot works, which is very comfortable for the men living inside.
In the middle of the battle, in June 1940, the officer commanding the fortress had to have the right-hand side of the embrasure visors trimmed in order to be able to extend the fire to the right and support the defence, north of the Col de Montgenèvre.
The Janus was one of the few works in the sector to be put to the test of fire in June 1940. It was targeted by the 149m/m of the nearby Italian fort of Chaberton, which towered over it by nearly 600m. A GFM bell still bears the ricochet mark of an Italian shell.
It is to these observation bells that it owes its greatest claim to fame: one of them housed an officer who took part in the artillery observations and fire adjustment of the 280th Battery of the 154th RAP which, under the command of Lieutenant Miguet, silenced the Chaberton.

The Janus is now the property of the commune of Montgenèvre, which recently acquired it. A study is underway to secure the structure in order to open it to visitors in the near future.
Protected from looting and vandalism by the nearby presence of the Gondrans military post, which is still in operation, the Janus structure is still equipped with its extraordinary drawbridge, which is enormous and yet operated by a single man, its central gallery, which is 345 m long, its main artillery, and its main gate, its main artillery, its complete electricity production « factory », and an important part of its living equipment, is in good condition and its visit will be of great interest to understand what the life of the crew of a high altitude fort was more than 60 years ago.

Source: Jean-Pierre Garnier, Association for the fortified heritage of the Briançonnais